A Tessar (or a Sonnar) by any other name, would it shoot as sweet?

I found the resource for the list of Tessar equivalents. It comes from Rudolf Kingslake's study of photographic lenses. Here is the list as it appears in his lens history. "According to this site, makers and their Tessar equivalents:

Interesting note, the distinct feature of the Tessar is two elements cemented together into a group at the rear.

But, as Kingslake notes, there is a variation using two elements in a front group.

This class includes the following lenses: Now, if you love the Nikon L35AF as much as I do, you may also know that the camera uses a Sonnar-type lens in its 35mm f2.8 set-up (right). 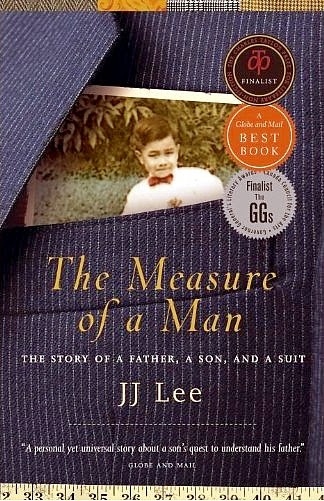 The Measure of a Man: The Story of a Father, a Son, and a Suit

A son's decision to alter his father's last surviving suit for himself is the launching point for this powerful book - part personal memoir, part social history of the man's suit - about fathers and sons, love and forgiveness, and learning what it means to be a man.

Published by Emblem Editions, an imprint of McClelland and Stewart, distributed by Random House.

“A graceful, compelling memoir. . . . A thoughtful, loving and honest narrative, elegant in its clarity and observation.” —Minneapolis-Saint Paul Star Tribune

“Beautifully crafted, Lee’s memoir is a heartbreaking page-turner about a family, an abusive father, and men’s fashion. Who could have thought these themes could work together? In his first book, Lee has shown us how.” —Jury citation, Charles Taylor Prize for Literary Non-Fiction